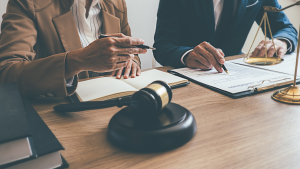 Judicial Review is a really powerful tool for dealing with situations where councils unlawfully fail to take steps to assist homeless persons or carry out other functions. An Order can be obtained from the Administrative Court requiring councils to take steps such as processing a homelessness application and providing temporary accommodation within hours of proceedings being issued.

There are two obstacles which have to be cleared before Judicial Review proceedings can be issued. These are

I have put them in this Order because the Legal Aid Agency generally won't issue a Legal Aid Certificate before a pre action letter has been sent.

It is a good idea to send the pre action letter as soon as possible when problems arise because the threat of Judicial Review proceedings when set out in a letter which is sent to both the Housing Department and the Legal Department at the council will be enough to get the necessary action taken without proceedings having to be issued. I estimate that for every case where I have to issue Judicial Review proceedings there are at least 25 where the council put things right after getting the letter.

I will deal with applying for a Legal Aid Certificate in another post. For now I will deal with writing a pre action letter. I will avoid going into detail about the protocol itself so that I can focus on the process of actually writing the letter. I hope that this will reveal that it is not as daunting or complicated a task as the grand name of Judicial Review Pre Action Protocol Letter suggests.

The purpose of the pre action protocol letter is to make sure that people of appropriate seniority at council are aware of what has gone wrong and the threat of Judicial Review proceedings being issued. This is so that they have a chance to put things right. This saves all concerned including the Administrative Court from having to waste time issuing proceedings which settle as soon the council become aware of the problem. The letter has to provide the following information:-

I think that once the contents of the letter are broken down in this way it seems a lot easier to prepare. Having said that it will be difficult for many people who are not familiar with the legal issues to set out details of why the council is acting unlawfully. However, even this is not as difficult as it may seem especially when you have written a few of these letters. There are only a limited number of situations in homelessness cases where Judicial Review proceedings are needed which means that old letters can be recycled as templates for new letters.

For this post I am going to use as an example perhaps the most common situation where a pre action letter has to be sent. This is where a homeless person has applied to a council for assistance and has either received no response or has received a limited response which does not include providing temporary accommodation and the applicant is either street homeless or at risk of this.

I set out below a template for a blank pre action letter which so far does not contain the above information. The images can be read more clearly if you click on them and expand them.

The next image shows a letter based on the template which is ready to be sent off. 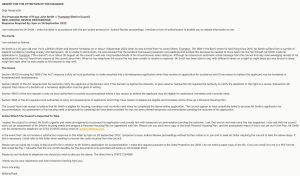 This  letter fills in the template with a short summary of the facts, then the legal issues before stating what it is that the council needs to do and the deadline for doing it. I appreciate that preparing this letter may seem very difficult to those who have not prepared them before especially setting out the legal issues. I hope to be able to assist further with this in the future with a collection of references to the relevant statutory provisions which can be copied and pasted into these letters. I shall finish here for now though as for the time being I just want to demonstrate in outline how the letter is prepared.

I have created Word versions of the blank letter which you download and amend. There are two versions:-

If you spot any errors or would like to add anything to what I have said please leave a comment.