It looks as though the new 2018 Legal Aid Civil Contract has reinstated delegated powers so as to enable solicitors to grant Emergency Legal Funding Certificates for homeless clients who need to issue Judicial Review proceedings involving just Section 17 of the Children Act 1989. 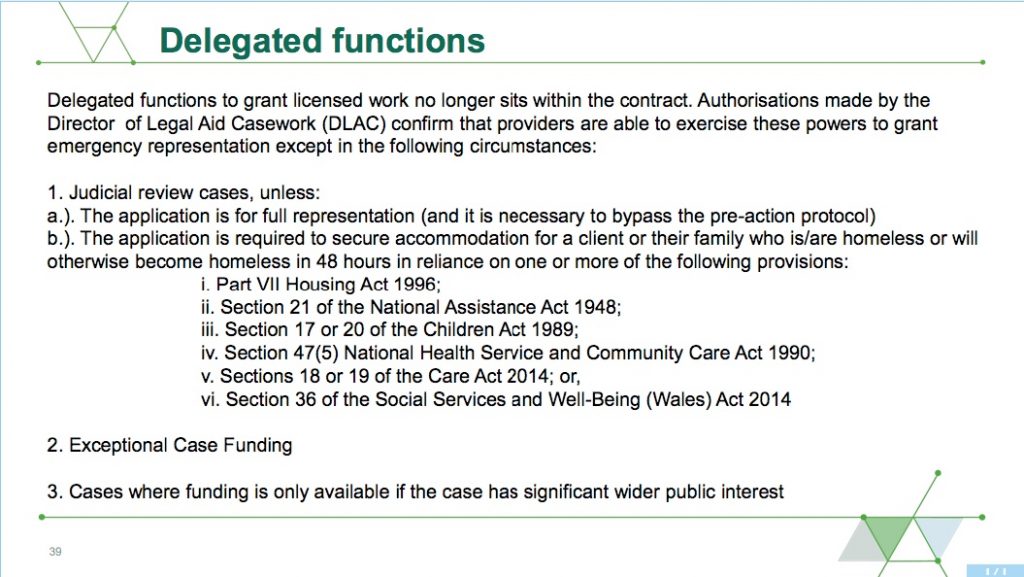 This is page 39. The full set of 43 slides can be found here.
The list looks like an amended version of this older list published in 2017 so that Section 17 now appears where only Section 20 of Children Act 1989 previously appeared at the third bullet point. Here is a link to the actual site. I have included a copy in case the site is replaced soon. 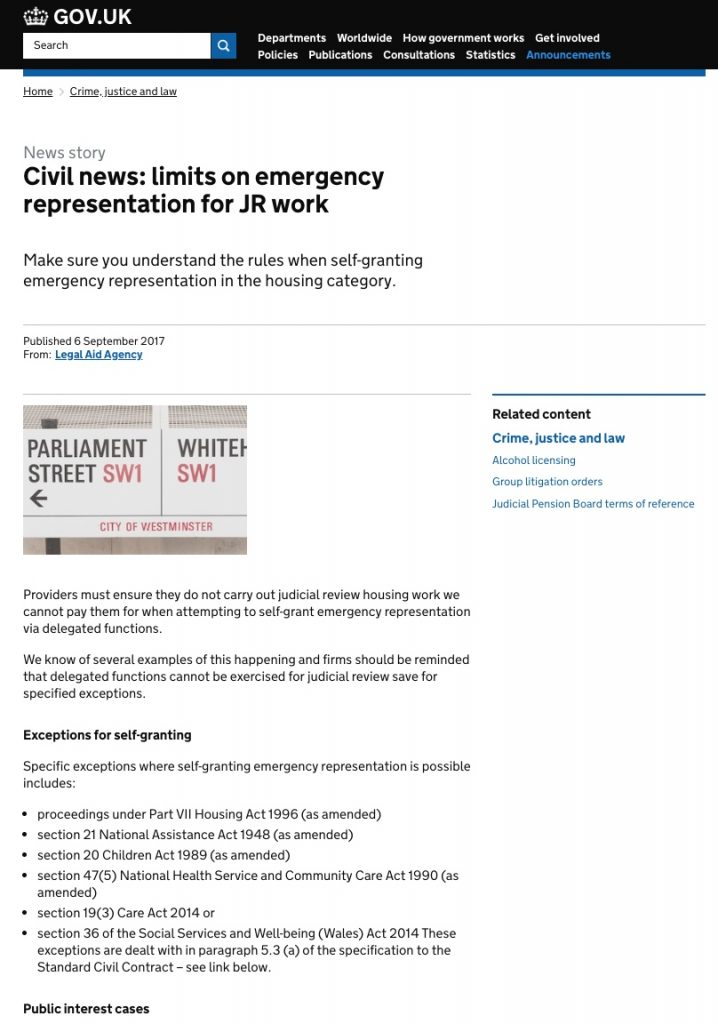 This change is very helpful to people like me who often have to obtain Legal Funding Certificates to cover Judicial Reviews concerning just Section 17 of the Children Act 1989. Not being able to grant Emergency Legal Funding Certificates myself meant that I was delayed in taking urgent action by having to wait for someone at the Legal Aid Agency to consider my application. To be fair the staff at the Legal Aid Agency have usually been very quick to deal with them but it is a problem if work needs to be started at 5:30pm and it is not possible to contact the Legal Aid Agency.
I have not been able to find a specific Legal Aid document other than the training slide which says that delegated powers are available again for this work. If anyone else has found any such documents please send them to me at wflack63@gmail.com. I suggest that people check with their Contract Managers before starting to use delegated powers again so as to be on the safe side.

I would very much appreciate any comments people have about this especially if anyone out there thinks I am wrong and that solicitors using delegated powers for Section 17 Judicial Reviews will still be at risk of not getting paid.